For the past two weeks I’ve familiarized myself with the most of the core ideas behind the MMO Elder Scrolls Online and have tried my best to understand the culture behind the game, as well as how it relates to our everyday life outside of the game. One of the first things I learned was that this game focuses on its guilds and places a lot of pressure on the player to participate in many different communities within the game. One of the many ways players can play with each other is through boss battles, which will be advertised by the players in chat heavily before the event takes place.

Within my first couple hours of playing the game, it felt pretty overwhelming since there wasn’t much of a tutorial outside of basic combat mechanics. It was pretty hard to figure out what I was supposed to do or where I could go so I ended up just trying to do anything that came my way, and that included some things I shouldn’t have been a part of. I soon found out that I was not experienced enough to participate in many popular raids and boss battles because I would be killed almost immediately if I tried. So for the first and most of the second week I stuck to playing the main story line of the game as well as many side quests slowly leveling up my character.

The communication that I see in the game takes place within the chat box at the bottom left corner. Most of the chatter in this is focused around recruiting people into guilds and asking for help with in game battles, like dragons. Recently I’ve seen guilds using COVID-19 to advertise their clan by promising a tight knit community during these times and welcoming everyone to join. The sentiment of everyone being able to join seems pretty common with most guild messages right now, possibly since more people by themselves because of the virus, or this could just be regular behavior regardless of the virus, it’s hard to tell. In regards to the question for week 11, while there were references to the pandemic in chat on occasion, it seems like the world of ESO was largely unaffected and things went on as they normally do.

One thing I found out was that once you join a, you gain access to their exclusive chat boxes which only members of the guild can see/write in. Guilds are very central to the game, and I am already running into issues with progressing my character because I am not currently in one, so going forward it’s absolutely necessary to join a guild. I learned that there are multiple types of guilds that focus on different things including, but not limited to, PvE, PvP, Trading, Social, and Role-Playing guilds. I’m the most interested in the PvE, Trading, and Role-Playing guilds so first I will search for those types of guilds and try to join.

There are a couple of ways to chat with others on EVE Online, the main one being the chatbox system. I have joined a special channel called “quarrantine”. In it, these are the first things shown when entering the chat now:

Throughout my time playing this week and last, I spent most of my time hanging out in this chat gauging the reactions of everyone else to it. For the most part it seems like a pretty helpful and supportive community in the middle of an otherwise sometimes hostile game chat culture.

I started a new character in the game Wizard101 and power leveled my character as quickly as possible for a new experience. When I reached Level 35 I met up with a friend who hadn’t played for quite awhile. The characters we were using required certain equipment that is acquired in a fairly difficult dungeon. After making a couple runs through this dungeon we realized we needed to run the dungeon with multiple people (dungeon max is four people). We queued up almost instantly. However, that was the only good thing to happen from that run. The first fight is a boss. Two turns later one of our teammates left the game without notice. By turn four, the other random player asked if anyone could heal him when they were playing the healer class (he proceeds to leave after making this request). This left only my friend and I which was a bit frustrating because the random players didn’t follow through with their commitment and lacked the skill level. We decided next time we’d venture out on our own. 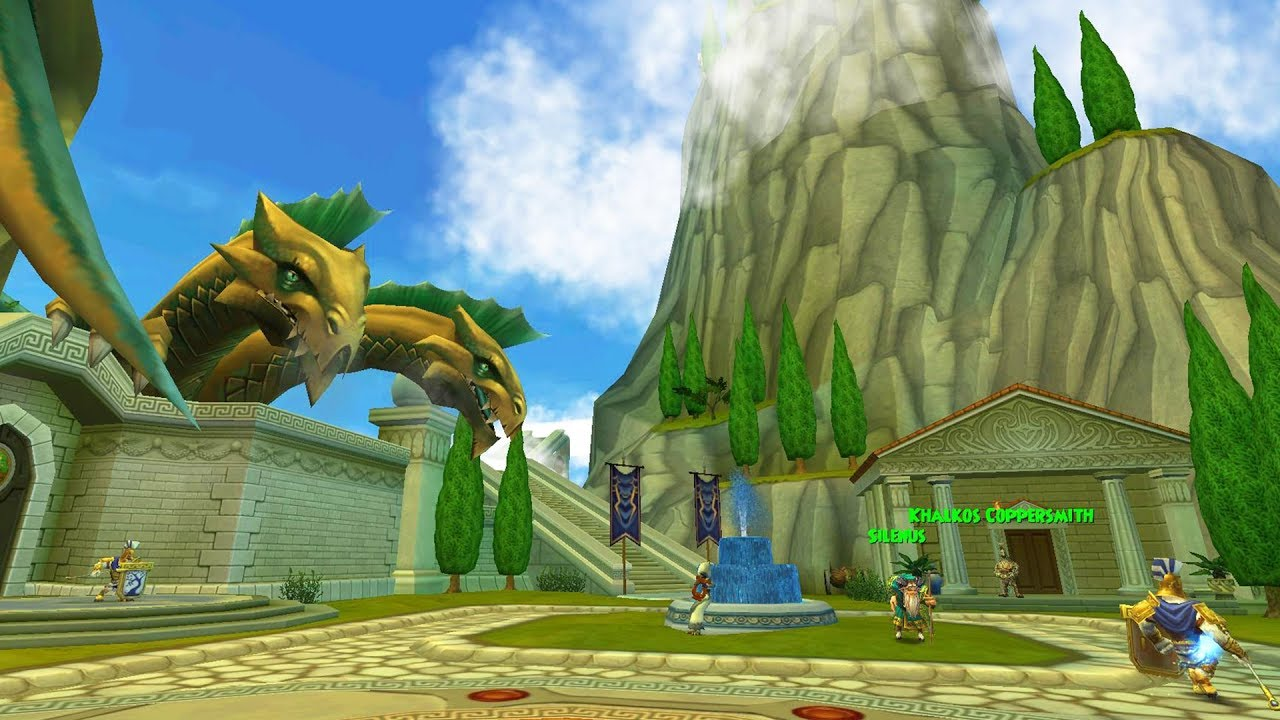 I was in a dogfight and got destroyed a few times. I had to respawn 2 or 3 times to finally destroy everything and complete the mission, which was to defend my allies. I had never died or been destroyed before, so I didn’t know how respawning worked. It seems that once you’re destroyed, you just have to wait like 15 seconds then respawn, and everything that you have destroyed is still destroyed, it doesn’t come back. I guess another thing is the logbook (the display of all events and captions that come up) doesn’t display when your ship actually explodes, it just…moves on. Below is the log from the two times I was blown up. I was just getting shot from all directions, and wasn’t expecting there to be so many ships.

I learned that some people are nicer than others in Star Trek Online. I’ve sent some friend requests, and 2 people accepted, while one person denied. I’ve tried to privately message them, to learn more about the game and to talk to them, but I got no reply. I also invited one of them to my Team, on my way to a mission, but “he” denied. I’m excited to team with people, but I haven’t had any luck yet. Hopefully, if I keep reaching out and adding friends, I’ll get to work together with someone.

I think if I had recruited other people to help me, I wouldn’t have gotten destroyed so much. Below is another screenshot. It shows the screen when you have been destroyed. You can toggle the damage log, or you can respawn (or wait to respawn). While destroyed, the action continues on. This leads me to believe that you could still fail the mission, even if you’ve already been destroyed (which seems a little ironic–wouldn’t getting destroyed fail the mission anyway? Oh well…).

This week has not been very exciting. I’m not sure this is due to the fact that I am in a beginner world/server or if I am a low level. There has been a slew of players that I have seen around the small area that I have been traveling between but no interaction between me and them has taken place.

I have been mostly going from point to point doing random quests for random NPCs. So to say the most, the game-play has been mundane. There are some very interesting player characters that I have seen. There have been dogs to tigers to motorcycles that have accompanied players all the way to dragons and dinosaurs.

Now I can tell that the world of WOW is massive and things are supposed to be at a scale, but some of the NPC actions kind of made me question the reasoning. Like for example, just some dude trying to cut down a massive tree with a very small ax. This made me laugh so hard. I think because it looks so ridiculous.

But as of this week, most of the time, it has felt very alone. This may be due to the fact, like I stated earlier, that I am a low level, in a starter server, don’t know anyone or have anyone to play with. haven’t been acquainted with all of the workings of WOW or how it all works and fits together. All of those things come into play. This was my experience most of the time.

Direct interactions with other players does not seem to be an active part of the game. However, the market seems to be entirely run off of player characters. The prices fluctuate and generally follow supply and demand. This reminds me of Runescape which is a game I played quite often growing up. I’m not sure if that game was an inspiration or not, but if it worked for Runescape, I can understand why it works for Black Desert Online. The central market is still very intimidating and hard for me to understand. This is most likely because of the interface, which seems more complex than what I am used to.

Your guide is called the black spirit and is involved in the plot of the game. The black spirit gives you quests, but you can also find quests by talking to NPCs. I find the black spirit to be an interesting character because when I first met them I thought they were very creepy, which I believe is the point. The developers want the player to be unsure if they can trust this character and I see a likely betrayal coming in the future.

You can buy houses, which can be used to store things. This still confuses me a bit, but this is likely because of the larger gaps of time being playing and not paying enough attention to dialogue. It is simple enough to Google something that is unclear and there is an online forum community, whether through the official site, Steam, Reddit, or another website.
The map seems to be huge. I have yet to explore it all and it seems very dangerous to attempt to at my current level. With aggressive enemies near the roads that are likely at a much higher level than I can handle, I will most likely have to continue to discover the map as I level up. There are bosses that can be fought and this can be done solo or with a party. I really enjoyed this part thus far, especially when I had a party with me.